At the dinner table the other day, the subject of my pending thru-hike came up.  My three-year-old granddaughter Avi wanted to know why I would soon be walking alone through the mountains.

My mind spun a few seconds.  “The best response is an honest response,” I thought.  So I told her what I usually tell adults when they ask.  “I want to go to a place where things work the way they’re supposed to work.”

After a pregnant pause of about nine months, my wife grunted “What’s that supposed to mean?”  While I ignored her vaguely hostile question, I couldn’t ignore my daughter’s more reasoned remark: “You should just explain to her that you like nature.  She knows what nature is.”

There are a lot of reasons to deprive oneself of adequate food, water, shelter, companionship, and Netflix for five months.  I’ve been mulling over some of them, and I’ve come up with six reasons why people thru-hike the Appalachian Trail (or slog along any other line of dirt for months on end):

UPDATE: in my last post I decided to switch from Potable Aqua iodine pills to a standard filtration device. However, I just discovered Aquamira drops. These drops use Chlorine Dioxide instead of iodine to kill Giardia protozoans. And unlike iodine, Chlorine Dioxide also kills equally nasty Cryptosporidium. Aquamira drops get great reviews. They’re inexpensive, lightweight, easily packed and easy-to-use. The only downside I can see is that it takes a few hours for the drops to fully purify water that’s close to freezing. My throat will just have to be patient.

Has anyone used these drops? 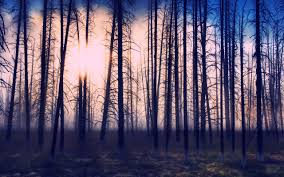 Fifty years ago Wednesday the Wilderness Act was signed into law by President Lyndon Johnson. The act gave a legal definition to the term “wilderness:”

A wilderness, in contrast with those areas where man and his own works dominate the landscape, is hereby recognized as an area where the earth and its community of life are untrammeled by man, where man himself is a visitor who does not remain.

Nine million acres of public land were initially designated as wilderness. The act is one of the most significant pieces of environmental legislation in American history, because it concerns land and water already designated as national park, forest, or wildlife refuge, and forever protects these wild areas from damage due to logging, grazing, mineral extraction, road-building, construction – or any human manipulation, good or bad. The act essentially says “Enjoy these places and life forms, but don’t alter them.”  Keep Them Wild.

Last spring I touched on this anniversary in a couple blog posts (The Rain, the Trees, and Other Things and Edward Abbey: An Anarchist Who Fought the Good Fight). Not everybody is as ardent about conservation as I am. I’ll just offer some pertinent quotes from a few friends of American wilderness. Voices, more impassioned and eloquent than mine, that helped bring the Wilderness Act to fruition and are intent on making it work. Like Ed Abbey says, we need more voices like them.

“Nature is not a place to visit. It is home.”

“We simply need that wild country available to us, even if we never do more than drive to its edge and look in. For it can be a means of reassuring ourselves of our sanity as creatures, a part of the geography of hope.”

“Without enough wilderness America will change. Democracy, with its myriad personalities and increasing sophistication, must be fibred and vitalized by regular contact with outdoor growths — animals, trees, sun warmth and free skies — or it will dwindle and pale.” 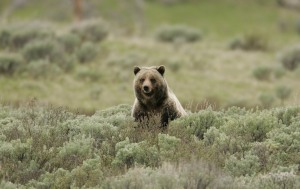 “The world, we are told, was made especially for man – a presumption not supported by all the facts.”

“It is horrifying that we have to fight our own government to save the environment.”

“Only within the moment of time represented by the present century has one species – man – acquired significant power to alter the nature of the world.”

“There is a tendency at every important but difficult crossroad to pretend that it’s not really there.”

“We abuse land because we regard it as a commodity belonging to us. When we see land as a community to which we belong, we may begin to use it with love and respect.”

“Defense of our resources is just as important as defense abroad. Otherwise, what is there to defend?”

“We humans are a funny species. We can’t look death in the eye, yet we accept the environmental degradation and poisoning that breeds cancer… Something isn’t working.”

“The idea of wilderness needs no defense. It only needs more defenders.”

“Whether we and our politicians know it or not, Nature is party to all our deals and decisions, and she has more votes, a longer memory, and a sterner sense of justice than we do.” 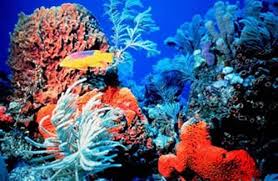 “There is just one hope for repulsing the tyrannical ambition of civilization to conquer every inch on the whole earth. That hope is the organization of spirited people who will fight for the freedom and preservation of the wilderness.”

“All good things are wild and free.”

“If future generations are to remember us with gratitude rather than contempt, we must leave them a glimpse of the world as it was in the beginning, not just after we got through with it.”