“It was in May 1918 that a new friend and companion came into my life: a character, a personality, and a ring-tailed wonder.”

My favorite wild animal was the raccoon (Procyon lotor). I became a child expert on raccoons, and I’ve always remembered the Latin name that I just tried to impress you with.

It started in fifth grade when I read a children’s book called Little Rascal, about a boy and his pet raccoon. A few months later, I graduated to the full novel, Rascal. The novel was a 1963 bestseller, Newbery Honor book, and the first Dutton Animal Book Award winner. It was popular enough that it became a 1969 Disney movie starring Bill Mumy and Steve Forrest (critic Leonard Maltin gives the film two-and-a-half out of four stars, which I might agree with… movies are seldom as good as the books they’re based on).

I read Rascal several times and saw the movie in the theatre the first week of its release. Eventually, my obsession with raccoons became so strong that in 1970 I captured my own baby raccoon in a box trap and made him a pet, with my dad building a 10-foot-tall cage at the side of our house. Rascal II and I became the talk of the neighborhood. My chatterbox friend used to perch on my scrawny shoulders, his black mask like a pair of racing goggles, while we tooled around the streets on my red Schwinn Sting-Ray. For a short time in 1970, before Rascal felt the call and disappeared to locate a mate, I was a minor celebrity.

But enough about my OCD. May 2018 is 100 years since author Sterling North became acquainted with an animal that changed his life, so I’d like to talk about him, his pet raccoon, and his special book.

Sterling North was raised in the small town of Edgerton in southern Wisconsin, on the banks of Rock River near shallow Lake Koshkonong. In 1918, Lake Koshkonong was a wild and scenic lake rimmed by dark forest. But a dam was built in 1932, creating an enlarged reservoir that is now studded with public beaches and boat landings, and an interstate now cuts along the western shore, so much of the lake’s wildness is gone (in the 1970s, the lake came perilously close to hosting a nuclear power plant). In 1918, North was age 11 and spent many hours both on the lake and in the woods surrounding it. He lived alone with his often-absent father, his mother having died when he was only 7, his two older sisters having moved away, and his older brother, Herschel, was far away in France, fighting to end the war to end all wars.

One evening in May, he and his friend Oscar venture into Wentworth’s Woods, where Sterling’s devoted St. Bernard, Wowser, digs up a den of raccoons. The mother and babies hightail it into the brush, but Oscar scoops one of the babes into his cap. He knows his tyrannical father won’t let him keep it, so he gives it to Sterling. Over the next year, Sterling and Rascal have numerous adventures together.

On the surface, Rascal appears to be a just children’s story about a boy frolicking with a wild animal. But it’s a book equally appealing to grownups. I read it again 9 years ago and discovered layers I didn’t know existed. North’s relationship with the lovable, intelligent Rascal is a friendship as tangible as that between people. In the book, he instills human characteristics in his furry hero, but without stretching credulity or sounding trite. He also captures a bygone time of innocent rural Americana, when hickory and walnut hunting, whippoorwill sighting, pie-eating contests, and trotter races are small treasures, and not corny anachronisms.

In Rascal, North makes plain that his childhood is unorthodox. His father allows him to keep numerous wild and domestic pets, wander deep into the woods, sleep alone outdoors, skip school, etc. The entire living room is cloaked in sawdust from a canoe that Sterling is building by himself. While Sterling’s martinet eldest sister, Theo, scolds their father for creating an unhealthy household environment, his other sister, Jessica—a surrogate mother for Sterling—is more tender and understanding. She realizes that Sterling’s world of flora and fauna is a way of coping with their mother’s death.

And Sterling’s father indulges their self-sufficiency, knowing that being “different” and not trotting after the pack are a healthy thing.

Sterling’s pet raccoon introduces humor and sunlight into the boy’s life. Rascal also brings about a jarring awakening. After seeing a picture of a trapped raccoon on the cover of his fur catalogue, the sensitive boy pictures Rascal’s soft, inquisitive hand clamped in a jaw trap, and he decides to give up trapping. He declares a “peace” with nature on Armistice Day, November 11, 1918. North concludes this chapter with the memorable sentence: “It is perhaps the only peace treaty that was ever kept.” 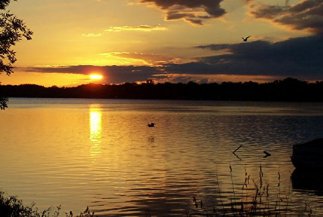 North grew up to be a successful reporter and editor and wrote a children’s book that became a 1949 feature film, So Dear to My Heart, featuring Burl Ives. But Rascal is the book he’s most known for. In Japan, the book became a cartoon series in 1977, and the raccoon character is still very popular there, supposedly bigger than Mickey Mouse.

When he retired, North and his wife moved to Morristown, New Jersey, choosing the location specifically because there were lots of woods and wild animals, including raccoons.

During this time, my aunt and cousin lived in nearby Millington, New Jersey. When my family visited in the early ‘70s, my aunt found out about my interest, and telephoned the North home to see if I could stop by to meet my favorite author (I was too shy to call myself). But Mrs. North said her husband was suffering from a long illness and was unable to have visitors. She said he’d be pleased to hear that I’d called, though.

In January 1975, while a sophomore at boarding school, I read in the back pages of Newsweek that Sterling North had passed away at age 68. It was like another piece of my childhood had passed away.