Last Christmas I visited my 25-year-old son, who lives in the Mile High City. He picked me up in his car at the airport terminal. After we settled into our seats, he tossed an innocuous looking paper sack in my lap. “Welcome to Colorado,” he said, in his characteristic deadpan manner. I opened the bag and pulled out a long, white cigarette. I didn’t need to ask what it was.

“Memories are made of this!” I laughed, echoing an old Dean Martin song. If you’d have told me 25 years ago that my boy would one day present me with a welcoming gift that, in some parts of the U.S., is still a felony to possess… I’d have suggested you were smoking something.

Ohio is not Colorado, and not only because it lacks mountains. Recently, however, my home state waded a few centimeters beyond the shallow end of the gene pool when it passed a law permitting use of cannabis sativa (marijuana) for medical purposes. Pardon me for sounding derisive. But this is like America finally determining that, after 250 years of colonial and post-colonial slavery, emancipation of humans might be a good thing.

I’m perplexed why it’s taken so long for government officials (some of them, anyway) to concede that ingesting a plant may provide relief to people undergoing chemotherapy or suffering chronic pain. Maybe these politicos have been too preoccupied with weakening gun laws and deregulating industries that spew pollutants into our atmosphere. Again, pardon me for sounding derisive.

Marijuana plants contain a chemical called tetrahydrocannabinol (THC) that can reduce pain, induce relaxation, and heighten one’s senses. For you free-market conservatives, THC also promotes capitalism by expanding the tax base and helping to sell Big Macs and records like Pink Floyd’s DARK SIDE OF THE MOON.

Unlike many foods legally sold in grocery stores, marijuana contains no toxic preservatives like MSG, BHA, BHT, or sodium nitrite, not to mention trans fats. It’s been a popular “vegetable of choice” amongst musicians since the early days of jazz. 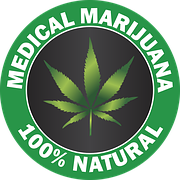 There’s also no evidence that marijuana leads to harder drugs, despite decades of critics trying to prove otherwise. I smoked pot in college. I had opportunities to drop LSD and snort cocaine, but I turned them down. Just my opinion, but if a person wants to do hard drugs, he or she will find ways to do them, whether or not marijuana is involved.

Here’s another thought: morphine, a highly addictive opiate derived from the poppy plant, is a prevalent painkiller used in hospitals. Codeine, another addictive poppy product, is used in cough syrup, and sold over the counter. Why has it taken so long for non-addictive marijuana to be considered a therapeutic drug? Was REEFER MADNESS that powerful a movie? Was Nancy Reagan that influential?

Pardon me for being derisive about Nancy Reagan’s simplistic and failed Just Say No campaign.

And with apologies to my fellow inebriates, but no argument in defense of pot can ignore discussion of our one legal recreational drug. Our favorite social lubricant and liver enhancer was at one time used as a medical anesthetic. That’s the good news. During this same period in U.S. history, it was also doled out like candy to mollify the natives of this country so we could more easily steal their land. This popular recreational and physically addictive drug is now instrumental in exacerbating statistics for vehicular fatalities, divorce, homelessness, depression, and suicide. Other than contributing to temporary stupidity, marijuana doesn’t come close to creating this kind of societal havoc.

From my own experience, the worst thing about using marijuana is that it may cause mild anxiety, lethargy, and caloric escalation from eating junk food. And poor grades. Take it from me, it’s hard to study organic chemistry when flowers are blooming, the sun is smiling, “Low Spark of High-Heeled Boys” is in stereo, and McDonald’s is serving. And since marijuana affects the nervous system, it’s probably good that people are tested for specific dangerous professions, or where employees are assigned to protect public welfare.

But I can’t shake the nightmare of being tested by a certain squalid employment agency and being mistakenly accused of having pot in my system. It was shameful enough submitting to their breathalyzer b.s. in the first place. But after being accused, and even after they apologized and suddenly altered their erroneous “findings,” I swore off drug tests forever. I may have compromised most of my youthful ideals by this point in life, but I do have a little dignity left.

One final thought: there are pockets of people who still believe, despite tangible evidence to the contrary, that our government knows what’s best for us. For example, I know a very sweet but naïve and hyper-religious woman whose daughter has struggled with polycystic kidney disease. Despite having a successful kidney transplant, the girl still experiences pain. Recently, I ran into both at the grocery store. After hearing about the poor girl’s suffering, I suggested the possibility of medical marijuana. I forget what the mother said. But her look told me “Well, we don’t care for hippie drugs and would never do anything dangerous.”

Ok. Fair enough. We ended the conversation with smiles and a hug. I wished them the best of luck, as I headed to the checkout line, and Mom rolled their grocery cart toward the wiener section.

Not to sound derisive, or anything. 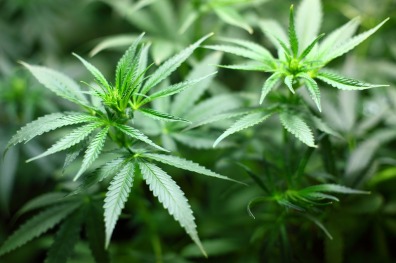