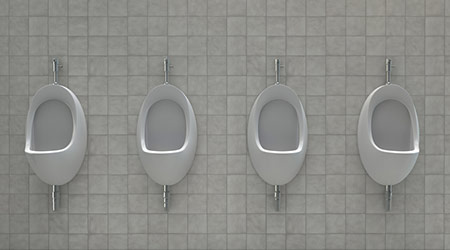 This was the Skype message I recently received from my supervisor. Those of us Bartlebys who have worked in an office environment and have been unlucky recipients of such a message from the boss (aka “The Big Cheese”) know that, no matter how cool and self-assured one might be in other situations, there’s always a quickening of the pulse when such a message is received.

It used to be a phone call, or a head appearing in one’s office doorway. Then it was email. Now it’s Skype.

I was half-tempted to type back “I would prefer not to.”  But I sold out and typed “OK.”

As I walked toward his office, I wondered if this would be one of those “Shut the door” type conversations. Sure enough, it was.

“Shut the door,” he said abruptly. “Have a seat.” How polite of him. My heartrate had by now increased dramatically.

“Don’t get excited,” the big cheese assured me, unsuccessfully.

In addition to words and voice tone, body language is also very revealing in these encounters. And at this moment, his body language indicated that, yes, this would be yet another session of existential revelation, explanation, justification, and eventual atonement.

My body language indicated that my heart was now pumping enough blood to cause the front of my shirt to vibrate like the skins on a drumhead at a Hottentot wedding celebration. So it was kind of difficult to instruct my involuntary cardiac muscle not to “get excited.”

He leaned over his desk, folded his arms, and looked at me with solemnity over the top of his wire glasses.

He paused for dramatic effect. I waited with bated breath to see if I would be granted or denied admittance through the Gates of Heaven.

“…did you or did you not forget to flush the urinal yesterday?”

I was busted. Oh, God. I’ve always had a feeling that one day I might slip up.

Indeed, I had made a visit to the bathroom yesterday. And after doing my “business,” I followed the same ritual I always did. I walked to the sink, washed my hands in lukewarm water (for some odd reason, this one bathroom doesn’t provide hot water), dried my hands with a small paper towel…then walked across the tile, grasped the door handle with said paper and opened the door, then flipped the used paper in the nearby waste can.

However…on this one occasion…I forgot to use said paper to push handle on said urinal before exiting said bathroom. And I remembered that an anonymous gentleman was, at that moment, conducting his own business in a parallel urinal. He must have narc’ed (squealed) on me.

(You ladies might be interested to know that men’s public bathrooms are perhaps the most unsociable places on earth. Sinks are acceptable locations for idle conversation, although men being men, conversation is infrequent. Urinals are definitely off-limits. Conversation occasionally occurs, but eye contact is forbidden, unless there’s loud rock ‘n’ roll or football going on, and the men are drunk.)

The cheesy one sat back in his swivel chair and, with a doleful expression not unlike an elderly basset hound, stared at his hands, now folded in his lap.

“Always…” he began, “always flush the urinal. This incident has reached Rosemary.”

Rosemary is the Human Resources Director. She’s a petite, attractive woman about 30 years old. Half my age. Her nickname is “Rottweiler.” I’m assuming she earned this nickname because, not only does she have a pet Rottweiler (a dog with a reputation for “territorial aggressiveness”), but every time an employee leaves the company, she sends out a company-wide email with the employee’s photo stating “John Doe is no longer employed at (the company). Should he visit our facility, he must be treated as a visitor.” This cold declaration is followed by various security requirements that employees must follow—and John Doe must adhere to—if John Doe visits former facility.

I can understand taking away an employee’s electronic badge before he leaves. But I’ve never understood either the necessity or the effectiveness of these company-wide emails.

Rosemary not only hires people, handles their benefits (paid time off, 401K, health, and life itself), processes their resignations, delivers news of their layoffs and firings, but after employee has vanished, she alerts the workforce that former employee is, essentially, persona non grata. The only analogy to this last action that I can think of is someone who might desecrate a gravesite.

Rosemary may be petite and attractive, but she has more power and influence than the company president. Think a smaller version of Nurse Ratched from One Flew Over the Cuckoo’s Nest.

But getting back to our little drama…I expressed atonement to Herr Limburger for my thoughtless action the previous day. Then, with trepidation, I asked him if I needed to visit Rosemary.

“No, that won’t be necessary,” he said, just as solemn as when I first sat down. “Just make sure it doesn’t happen again. There will, of course, be mention of this incident in your next performance appraisal. But your employment situation is still secure.”

Whew. I staved off a company-wide email from Rosemary.

Cheesy one apologized for, as he termed it, the “brouhaha.” I told him “That’s okay, I’m sorry if I embarrassed you.”

I left his office. I felt a strong urge to visit the scene of the crime and flush all the urinals, as a sort of psychological purging.

I also felt a strong urge to determine who the asshole was who narc’ed on me.  Then decided “screw it…I would prefer not to.”  And, then, a revelatory moment:

I pinpointed the reason for Rosemary’s high-security emails. 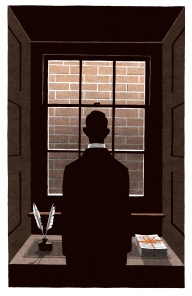 22 thoughts on “I Would Prefer Not To”