Friday, March 16, was the 50th anniversary of the My Lai massacre. It was the worst atrocity committed by U.S. soldiers in Vietnam (there were others).

A total of 504 unarmed Vietnamese, including 173 children, 56 infants, 82 women (17 of them pregnant), and 60 elderly men were systematically murdered over a period of four hours. Many women and young girls were gang raped.  The soldiers took a lunch break after the killings.

Two villages were involved: My Lai and My Khe, located a mile away on the South China Sea.

The massacre was only revealed to the public over a year later through the efforts of independent investigative journalist Seymour Hersh. Only one soldier was ultimately convicted: Lieutenant William Calley. He was sentenced to prison at Fort Leavenworth, but a day later President Richard Nixon ordered him released and transferred to house arrest at Fort Benning, pending appeal. He served only three and a half years of house arrest, then was released.

The atrocities at My Lai and My Khe were one tragedy.  Here’s an article in The Atlantic about the behavior of many Americans afterwards, and the lesson the U.S. should have learned, but hasn’t: 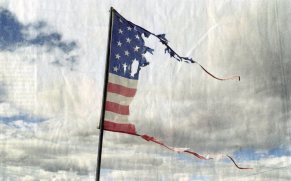 9 thoughts on “The Massacre at My Lai, South Vietnam”