(The Academy Awards are threatening again.  Every couple years I devote a post to this subject.  But since I rarely watch new movies anymore, and have sworn off most awards ceremonies, I’m recycling this essay from two years ago.  Most of it, I think, is still relevant.)

Last Sunday occurred the 87th Academy Awards, or “The Oscars.” According to television’s Nielsen ratings, it was the 5th lowest rated Oscars telecast since ratings began in 1974. Some people blame the lackluster collection of nominees. Others blame Neil Patrick Harris, whose new career is hosting awards shows. Maybe it was the flat comedy sketches, or the abundance of musical numbers.

The awards ceremony was controversial even before it happened. Film critics and others seemed almost feverish in digging into their pockets for their race and gender cards. I’m not sure why. Seems to me Hollywood is typically ahead of the rest of the country in matters of diversity. And the awards aren’t supposed to be about political correctness, anyway, but rather quality.

But that topic is for a whole ‘nother article, so I’ll fold my cards.

The (Academy Award) ceremonies are a meat parade, a public display with contrived suspense for economic reasons” – George C. Scott, who declined his Best Actor award for “Patton” in 1971 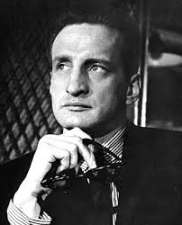 There are numerous award ceremonies devoted to the art of cinema: industry awards, audience awards, critics’ choices, and festival presentations. They stretch worldwide, popping up in countries as Hollywood liberal as Pakistan, Lebanon, and Iran. They range from the sublime to the ridiculous.

Being an unabashed critic of everything, one of my favorite cinema awards presentations is the Golden Raspberry Awards, popularly known as the “Razzies.” These awards are presented the day before the Oscars, and they honor the worst films of the year, as voted by 650 journalists, industry bigwigs, and film nuts. This year’s big Razzie winners were the film “Saving Christmas,” and actors Kirk Cameron (“Saving Christmas”) and Cameron Diaz, a double winner (!) for “The Other Woman” and “Sex Tape.” Congratulations on your bad work, Cameron! And to you, too, Cameron!

And in researching this essay, I learned there’s even an awards ceremony for adult movies: the X-Rated Critics Organization (XRCO) hands out an annual “Heart-On Award.” But, of course, I wouldn’t know about XRCO or their award.

But let’s stick with the granddaddy of them all: the Oscars. Why have they lost so much appeal? I’ll offer three reasons:

1. They’ve become too political. I’m not talking about Left vs. Right here, although there is a hefty amount of PC (see above).  No, I’m referring to campaigning and back scratching.  Today, it’s about who you can schmooze in the Academy of Motion Picture Arts and Sciences (AMPAS). Studios, producers, directors, and actors start campaigning for nomination even before their films are wrapped. So one not only has to do good work, one also has to market just how good you were. In 2004 the ceremonies were bumped from late March and early April to February. Why? In part, to shorten the film ad campaign and lobbying season! Movie buffs are becoming increasingly hip to the gratuitous politics of Hollywood, and it disgusts them almost as much as Washington D.C.

Bette Davis, in “All About Eve”

2. The glamour has waned. There’s still a lot of glitz (the silly red carpet thing is getting as big as the awards themselves). But it’s all prefabricated, and there’s no more “Wow.” I think much of this has to do with the proliferation of leisure technology. Netflix, YouTube, DVDs, I-Pads, smartphones, etc. have given the average film buff easy, unlimited access, anywhere and anytime. This has removed a lot of the mystique and intrigue from our film heroes. We used to have movie “stars.” Actors like Gary Cooper, Humphrey Bogart, Henry Fonda, Marlon Brando, Katherine Hepburn, Judy Garland, Bette Davis, Vanessa Redgrave… they were not only masters of their craft, they were also gods and goddesses. It was because we didn’t see them everywhere. If we wanted to bask in their glow, we attended a theater to watch them on the “silver screen.” Nowadays, ticket prices preclude going to the theater, and the actors are no longer exalted stars. They’re little blotches of marketed pixels that pop up at the click of a computer mouse or the TV remote. It’s no coincidence that this year’s Best Supporting Actor, J.K. Simmons, is best known for an insurance commercial.

3. The quality has deteriorated. I know, you’re probably thinking “There he goes again, living in the past.” Actually, I don’t live there, I’m just able to cast a wider net due to my age, and the range of films I’ve been lucky and able to see. And I really believe that the major motion pictures coming out of Hollywood today (not so much shorts, documentaries, and independent films) rely more and more on quick and easy clichés. It’s all about marketing. Producers know what gimmicks will work to either sell tickets, impress critics, or both. Revealing dialogue has been usurped by the one-liner. Biting satire has been appropriated by the sustained scream. As the late, great film critic Roger Ebert said, “Hollywood is racing headlong toward the kiddie market. Disney recently announced it will make no more traditional films at all, focusing entirely on animation, franchises, and superheroes. I have the sense that younger Hollywood is losing the instinctive feeling for story and quality…”

Sadly, I don’t think much will change as far as my list above. The campaigning to get nominated will continue, leisure technology and stay-at-home entertainment will only increase, and big-budget films will get more gaudy, predictable, and stupid.

I have no regard for that kind of ceremony. I just don’t think they know what they’re doing. When you see who wins those things—or who doesn’t win them—you can see how meaningless this Oscar thing is” – Woody Allen, who won Best Director for “Annie Hall” in 1977

But even if style finally does triumph over substance, it would be nice to have an Oscar ceremony where I don’t have to continually punch the mute button or switch the channel (sorry Oscar, but Neil Patrick Harris making irreverent comments while posing in his tighty whities just isn’t funny).

A couple years ago I wrote about Oscars’ 10 Most Unforgettable Moments. Perhaps we could use a few more of these unforgettable moments, which at least added some color to the pomposity and ridiculousness. Maybe Brad Pitt lecturing us about the military-industrial complex. Or Helen Mirren doing one-armed pushups. Or Jack Nicholson removing his sunglasses.

At the very least, if you really want this spectacle to be a comedy routine, find a host who’s actually witty. Where’s Billy Crystal? Is Bob Hope still available?? 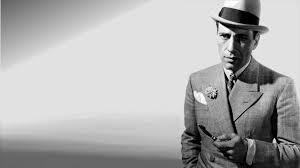 14 thoughts on “Hollywood and the Oscar Dilemma (Re-Post)”