Books… articles… films… documentaries… next to Abraham Lincoln, there has been more media devoted to U.S. President John Fitzgerald Kennedy than any other president.  And, like Lincoln, Kennedy too soon became one with the ages.  Much of the media consists of assassination conspiracy fodder.  There’s enough of that to fill every floor of the Texas School Book Depository.  Longitudes won’t add to the depository.  But near the anniversary of that horrific day in 1963, especially for those unfamiliar or too young, here are some biographical details – and one memory – concerning the 35th U.S. president: 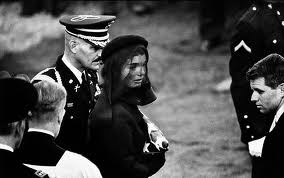 I was five years old when Kennedy was shot.  I don’t recall the day of the assassination, but I do remember the funeral.  The horse-drawn caisson rolling down Pennsylvania Avenue, Jackie’s mourning, and especially the flag-draped casket, brought on maybe my first palpable feelings of sadness, even though I couldn’t totally grasp the meaning.  My dad was a Republican, and my mom claims the only time she saw him cry was after Kennedy, a liberal Democrat, was killed.

Those were different times. 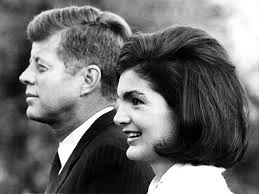