For the past month we’ve seen a showdown between the U.S. government and a whistleblower named Edward Snowden.  Snowden is now on the lam and enjoying the benevolent protection of that citadel of human rights… Russia.  He skipped there not long after being a guest of honor in Hong Kong.  Now he’s looking for sanctuary in whatever country will take him – at this stage, possibly Venezuela.

Snowden is the U.S. government intelligence contractor who quit his job at Booz Allen Hamilton and fled to Hong Kong with loads of top-secret files tucked under his arm.  The 30-year-old went on a one-man crusade to expose how the National Security Agency (NSA) is amassing loads of personal information on American citizens; the NSA’s stated goal being to stifle potential acts of terrorism.  Snowden thinks the government’s massive surveillance has gone too far.  A boisterous Greek chorus is joining him.

This news story is interesting to me, because for the first time in a while, partisan lines are blurred.  Snowden’s defenders include a motley mix of anti-government, Obama-hating Republican-Libertarians, and free-speech, pro-democracy civil liberty groups.  His critics, on the other hand, include both the Obama White House and Republican hawks in Congress.  I’m just not used to seeing Sen. Lindsay Graham holding hands with President Obama.  This isn’t the way Washington typically works.

The story is also puzzling because, although a lot of Americans are now appalled at the 60-year-old NSA’s invasion of privacy, their elected leaders in Congress gave the green light years ago for domestic collection of information (not many people, including me, watch C-Span).  And many seemingly outraged citizens have no problem sharing their birthday, phone number, family photos, employment, education, religious and political affiliation, shopping preferences, etc. on Facebook.

After 9/11, Americans were very indulgent with the executive branch.  Congress granted the Bush White House broad powers, through the Patriot Act, to fight terrorism.  One byproduct of this was the 2003 invasion of Iraq.  An ABC News/Washington Post poll taken after the start of the invasion showed 62 percent of the country in favor of Bush and Congress’s decision to go to war (which only shows that a majority in a democracy can be wrong).  Another byproduct was the use of torture on terrorist suspects. 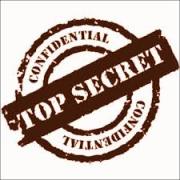 Yet another was a warrantless domestic wiretapping program.  It wasn’t until 2007, after 40 lawsuits were filed, that this program supposedly ceased, resulting in amendments to the Foreign Intelligence Surveillance Act (FISA).  Then came the election of 2008.  While President Obama opposed the Iraqi invasion, and condemns the use of torture, the NSA’s collection of information on Americans has continued under him.

Snowden may indeed have a point.  Maybe the NSA has become too intrusive.  Maybe it shouldn’t be digging into our phone and internet records and should stick to foreign communications only, which is what was originally intended.  We Americans want government to protect us, but not at the expense of our civil liberties…  I guess.  Isn’t electronic frisking at the airport a violation of a civil liberty?

I can’t help but think that Snowden is merely, as Bob Schieffer of “Face the Nation” bluntly put it in a recent commentary, “a narcissistic young man who thinks he knows more than the rest of us.”  I think Snowden’s apologists are too hasty to paint him as a hero.  Schieffer lauded Rosa Parks and Martin Luther King, heroes to many, who spoke out against institutional injustice, but who were also unafraid to suffer the consequences (King served time behind bars and lived in constant fear of being shot… he was eventually assassinated in 1968).

Edward Scissorhands, on the other hand, absconded with government secrets – an act of treason – and now complains he’s being hounded by the government he betrayed…while in Moscow.  Talk about entitlement.

Snowden’s apologists see him as bravely taking on big government and taking a blow in defense of our (perceived) civil liberties.  That may be true.  But his methods leave a lot to be desired.  If Snowden were sincerely concerned about his country, and what the government is doing to its citizens, he would have used the Whistleblower Protection Act, rather than jumping on a slippery soapbox and jeopardizing other Americans’ security.  And instead of his “cut and run” to China, Russia, or whatever other country might offer him a cave to hide in, he’d show some backbone, return to the country he’s so concerned about, and suffer the consequences.