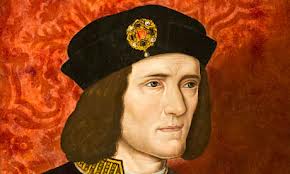 We seen the last of King Richard
Ring out the past his name lives on.

—Steely Dan, from the song “Kings”

He died over 500 years ago.  But it’s only now that English King Richard III’s bones have been located.

Five months ago, researchers—relying on ancient maps and eyewitness accounts—dug up a skeleton underneath a parking garage in Leicester, England.  They’d hoped that the bones would prove to be those of Richard III.  But only today did they finally reveal that radiocarbon dating, DNA testing, and visual examination of the bones confirm the skeleton is indeed that of Richard.

Richard III lived between 1452 and 1485.  He inherited the throne in 1483 after reputedly murdering his two nephews, who had been in line to succeed their father, Edward IV.  Richard served as king for only two years, meeting a grisly end at the Battle of Bosworth Field, ending the 30-year Wars of the Roses between the Houses of York and Lancaster.  It also ended the Plantagenet line of royalty and ushered in the Tudor era, whose most famous rulers were Henry VIII and Elizabeth I.

Richard III was the last English king to die on the field of battle.  His death is considered by many historians to mark the end of the Middle Ages.  It occurred seven years before Christopher Columbus sailed under the Spanish flag for the New World.  Yes, a long, long time ago.

Had not a precocious playwright named William Shakespeare immortalized him in the play Richard III over a hundred years later, Richard III might have remained as obscure as his brother King Edward IV.  But many who hail from outside the British Isles, and who are sketchy on their English history, know Richard from the play.  Everyone from John Wilkes Booth to Al Pacino has portrayed him on stage or in film.  The most famous film characterization was that by Sir Laurence Olivier in 1955.

Historians hope that the excitement over the discovery of Richard’s remains will provide a reassessment of his place in history.  Thanks in large part to ole Bill Shakespeare (who relied on history sculpted by Richard’s conquerors, the Tudors), he’s not considered one of England’s more benevolent kings.  Shakespeare made him ugly, hunchbacked, and Machiavellian.  Certainly, he was deformed, as his skeleton reveals severe spinal scoliosis.  But “good King” Richard’s defenders say he’s been unfairly maligned, that he was the product of a violent age, and that during his brief reign he instituted a number of significant legal reforms.

All I know is that, at this moment in history, the Richard III Society is having one helluva party.

Roll out the bones, and raise up your pitcher!

2 thoughts on “The Revenge of Richard III” 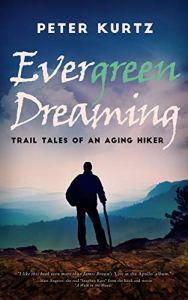