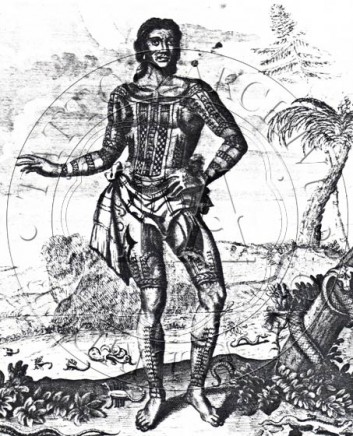 Last weekend I watched the NFC Championship between the Atlanta Falcons and San Francisco 49ers.  The quarterback for the 49ers is a guy named Colin Kaepernick.  While I admired Kaepernick’s passing arm and scrambling ability, I was also taken by the ornate tattoos on his arms.  Kaepernick, or his tattoo artist, obviously spent a lot of time on this most individual form of pop art.  I’m not sure when tattoos became so popular with professional athletes – maybe it started with basketball forward Dennis Rodman – but these days they seem to be the norm instead of the exception.  It got me to thinking about tattoos’ association with one of my favorite seafarers: William Dampier.

Dampier was an English buccaneer, explorer, naturalist, and travel writer who lived in the late 1600s and early 1700s.  He circumnavigated the world three times, was the first Englishman to set foot on Australia, and he published a series of bestselling travel books that first introduced words like “avocado,” “barbecue,” “chopsticks,” and “posse” into the English language.  His discussion of “sub-species” of animals later influenced Charles Darwin’s theory of evolution.  But tattoo parlors also owe Dampier a debt of gratitude, because he discovered perhaps the first tattooed celebrity: Prince Jeoly, or “the painted prince.”

Dampier met Jeoly on the island of Mindanao in the Phillipines in 1686, during an adventure-filled 12-year buccaneering expedition.  He wrote that Jeoly was “painted all down the breast, between his shoulders behind; on his thighs (mostly)” and with a pattern of “broad rings or bracelets” covering his arms and legs.  He described the patterns as “very curious” and “full of great variety of lines, flourishes, chequered work.”  The tattoo ink was made from the gum of the dammer tree, which was ground to a powder and used as a pigment.

Eventually, Dampier learned that Jeoly hailed from the small island of Miangas.  There, the natives all wore heavy gold earrings, bracelets, and anklets.  While en route to a neighboring island, Jeoly’s boat was swept to the shores of Mindanao.  Natives there stole his gold jewelry and enslaved Jeoly and his mother.  They then sold the two of them to an English supercargo.  When Dampier met the supercargo, he was so intrigued by the young prince that he purchased Jeoly and his mother.  When both became ill, Dampier nursed them “as if they had been my brother and sister” (Jeoly’s mother died soon after).

When Dampier returned to England in 1691, Jeoly was still with him.  Despite his supposed fraternal feelings for the prince, Dampier was a white Englishman, and notions of racial equality were in the distant future.  So it’s not surprising that he tried to make a few quid by advertising his colorful acquisition.  When this failed, he sold Jeoly to other interests for “want of money.”

But even Dampier expressed disdain for the carnival barkers that hawked Jeoly around London like a freak, calling them “rooks” who “carried (him) about to be shown as a sight.”  A handbill that survives and is now in the British Library reads “This admirable person is about the age of thirty…extremely modest and civil, neat and cleanly…He will appear publicly every day at his lodgings at the Blue Boar’s Head in Fleet Street.”  Jeoly’s new owners eventually published a book about him, to stir up interest in their property.  But the book is filled with fantastic concoctions about Jeoly being a king’s son and having a romantic fling with a banished princess.  Dampier dismissed the book as mere “stories indeed.”

The sad ending to Prince Jeoly comes as no surprise: less than a year later he contracted smallpox and died while being displayed in the town of Oxford.  Dampier went on to publish his groundbreaking books A New Voyage Round the World, Voyages and Descriptions, and A Voyage to New Holland and sail around the world twice more.  He died in 1715, his burial place unknown. 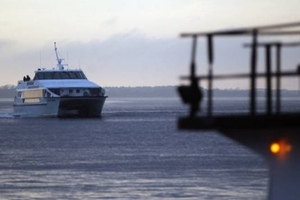 On Wednesday, early morning commuters at Pier 11 on South Street, Lower Manhattan witnessed something not often seen: a ferryboat crashing into the dock.  The Seastreak Wall Street, a high-speed commuter ferry that operates between New Jersey and Manhattan, evidently rammed into the dock at a high rate of speed (over ten miles per hour).  Dozens of passengers were hurtled to the deck, with several severely injured, including one man who fell down a flight of stairs and landed on his head.  Fortunately there were no deaths.

The mishap reminded many of a more serious accident that occurred October 15, 2003, when a Staten Island ferry missed the dock and struck a maintenance pier.  Eleven people died and 70 were injured.

The worst river disaster in New York City occurred on June 15, 1904.  The steamboat General Slocum was ferrying 1,300 German American residents of Little Germany in the Lower East Side to an annual picnic on Long Island Sound.  Minutes into the trip a fire erupted onboard ship.  The flames spread so rapidly that the ship had no time to disembark the passengers.  The final death toll was 1,021 people, mainly women and children, who either burned in the blaze or drowned in the East River (few people in the early 20th century knew how to swim).  It was New York City’s worst tragedy until 911.

The fire was supposedly caused by a discarded cigarette or match in the Lamp Room, which contained straw and oily rags.  But the disaster was exacerbated by the fact that the life preservers were rotten, lifeboats were permanently tied up (some so old they were wired and painted in place), and there had been no fire drills and only cursory ship inspections.   Mothers who survived the tragedy recounted putting life jackets on their children, throwing them overboard, then watching in horror as their children sank immediately.

Shockingly, only one person was convicted in the disaster: the captain, who many considered to be a scapegoat of the negligent Knickerbocker Steamship Company, which owned the General Slocum.  The disaster traumatized Little Germany.  The tight-knit community never recovered and eventually dispersed into greater NYC.  The last survivor of the tragedy died at the age of 100 in 2003.  Her name was Adelia Wotherspoon (née Liebenow), who was only six months old at the time of the tragedy.  Her two older sisters died in the fire.

As of this writing, investigations are ongoing into what caused the recent Seastreak crash.  The captain was supposedly extremely competent, and there is no evidence of intoxication.  The most plausible theory is that the propeller system acted up. 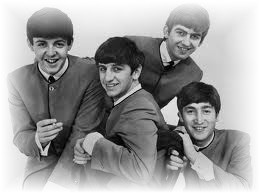 January 11, 2013 will be the 50th year anniversary of the UK release of the Beatles’ second single, the John Lennon composition “Please Please Me.”

In early January 1963 the Beatles were still relatively unknown outside Liverpool, England and Hamburg, Germany.  They’d signed to EMI Records in England in 1962 and were being produced by George Martin and groomed by Brian Epstein.  Their first single was Paul McCartney’s “Love Me Do,” released on October 17, 1962.  But the song only hit number 17 in the UK.  “Please Please Me,” however, was important for several reasons.  Here are a few “firsts” about that song:

Musically, “Please Please Me” was a big step from “Love Me Do.”  It had a faster, more upbeat tempo.  It also featured harmony that would typify many of the Beatles’ early and mid-period songs.  Paul sang the same high note for the verse, with John dropping his voice through the scale.

It was a technique “the boys” had learned from the Everly Brothers song “Cathy’s Clown.”   “Last-night-I-said-these-words-to-myyyy-girl.”  By itself, Paul’s single-note vocal sounds odd.  But combined with John’s descending melody, it created an exquisite harmony.  Then John and George’s guitars pumped the song back up to the second verse.  The chorus “Please pleeease me, WHOA YEAH, like I please you” drives the song home!

The combination of melodic, upbeat vocal harmony and forceful electric guitar was fairly new – it’s been referred to over the years as Merseybeat, the Liverpool Sound, British pop, “ear candy” – but it helped change rock ‘n’ roll as we know it! 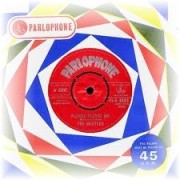 The Beatles didn’t take off in America until a year later with their release of the U.S. number one “I Want to Hold Your Hand,” followed by their historic appearance on “The Ed Sullivan Show.”  This would officially kick off the British Invasion of rock musicians with long hair, matching suits, and cool accents (think Herman’s Hermits, Dave Clark Five, the Stones, Animals, Kinks, Hollies, etc.).  But “Please Please Me” was where the ball started to roll, musically.

(Note: if you’re interested in the roaring 1960s, I hope to be doing more of these 50th anniversary posts.  While the first couple years of the ‘60s were an extension of the ‘50s, things started to kick into a higher gear, at least culturally, with the year 1963.  So… Happy New Year, and Happy 5oth Anniversary of the ‘60s!)